There are already many headlines about Democrats attacking each other Wednesday night, and even though there were plenty of similar headlines for the previous debate, it was clear from the start that this event was going to get brutal. It turns out that watching California Senator Kamala Harris tee off on fellow Senator Joe Biden, who promptly plummeted in the polls just as Kamala enjoyed newfound support, showed the other candidates that there’s not going to be a great deal of blowback for attacking the frontrunner. But there might not be a lot of benefit either — by the time the July debates rolled around Biden had rebounded ( among white voters anyway ) and Harris has now seemingly lost those new supporters. Fellow frontrunners Elizabeth Warren and Bernie Sanders have remained steady in their polling and seem largely unaffected by the back and forth between Harris and Biden, or, occasionally, even Cory Booker, perhaps because they’re too busy beating down the freaks and losers polling at zero percent telling them that their extremely popular policies will lose.

New Jersey Senator Cory Booker probably had the best night out of the Wednesday group. His campaign hasn’t been doing very well and it seemed like there wasn’t any point to him. Everything he tried to claim as his best features — his progressive voting record, his strong stance on environmental issues, criminal justice reform — already have a better, stronger champion in the race. Sanders and Warren are clearly more progressive, Jay Inslee’s entire campaign is centered around environmental issues, and it’s hard to talk criminal justice when Kamala Harris is both more popular and a former federal prosecutor. And with the Democratic Party anxious to start cutting people loose from this primary, Cory Booker, though polling higher than dullards like Tim Ryan or John Delaney, still faced the same problems they did: he had to use the second debate to get attention or else his campaign would be doomed. So he took a deep breath, turned to his right, and punched Joe Biden right in the face. Biden was likely expecting an attack from all sides that night, which is more or less exactly what he got. Following Harris’s lead, the other candidates felt free to dump on him and his shitty record when and as they pleased. Biden, for what it’s worth, didn’t take the abuse lightly and fought back as hard as he could. He had clearly been preparing attacks of his own, in stark contrast to what he told reporters after the first debate, and scored some points on Kirsten Gillibrand, which might be impressive if she weren’t currently polling at less than one percent. The pressure on him is likely only going to increase now that it’s been revealed that finding things to attack him with is so easy that even Jay Inslee can do it.

Which is fine, actually; he’s a fool and a clown who lies constantly and the primary — the party, the country, the world, really — is better off without him around. His record is garbage and his policies have horrific results. He’s still unwilling to legalize marijuana, making him the only Democratic candidate still holding on to this “gateway drug” horseshit. Last night he had the gall to claim that only his health care plan, which is to bring the same private health care industry ghouls who wrote the ACA back to write more of it, is the only plan that prevents insurance companies from choosing what and how they charge you. This is laughably false; any plan that effectively makes private insurance companies toothless and/or extinct would obviously do that as well, but Biden is not only incapable of imagining a United States without private insurance companies but also unwilling to do so. It’s a natural thing to him that these companies profit so massively from the pain and misery and death of others, just like it’s natural to him that people should depend on their employers for health care, two things that do not exist outside of the United States.

The moderators took the group through topics like immigration reform and looming environmental crises (Andrew Yang has seemingly already resigned coastal areas to their demise, and suggested inhabitants find “higher ground”, but the health care discussion both Tuesday and Wednesday night best revealed the opposing philosophies and interests battling before us. One side thinks the system simply needs more strict regulation, that we have to work with the private insurance industry to ensure everyone has “access” to health care. That’s the giveaway — “access” to healthcare, not healthcare in-and-of-itself. By way of example: I have access to a Ferrari dealership, but that doesn’t mean I have a Ferrari. They are completely fine with the private insurance companies, the pharmaceutical companies that employ their children to the tune of millions of dollars a year, deciding who does and does not get healthcare based entirely on how much it profits them.

Then there’s the side that isn’t on the same team as vampires. Bernie Sanders accurately predicted ads dismissing Medicare For All being aired during the debate, knowing that there are companies ready and willing to spend tens, even hundreds of millions of dollars to sink the very idea of socialized healthcare, and that no plan that leaves them with the power they currently have will ever be beneficial to most Americans. Capital doesn’t simply give up when challenged. Power doesn’t just say “okay” when you ask it to stop enriching itself. An industry built solely around greed cannot regulate itself, nor can it be regulated when it enjoys the power and influence the private insurance industry currently does. Joe Biden — among others — likes to balk at the idea of making private insurance a mere vestigial appendage of a robust socialized health care system (the way it exists in most of the civilized world), but who is buying this idea that people love private insurance? Who actually likes not being able to quit a terrible job because of necessary health insurance? No one. But there’s a small group of very wealthy people, people with names, people who have been battling the legalization of marijuana simply because it might hurt their bottom line, who are spending millions trying to convince you that, actually, you do. And they have nearly unlimited funds with which to lie to you. 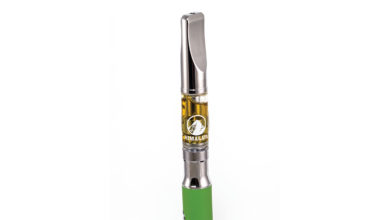